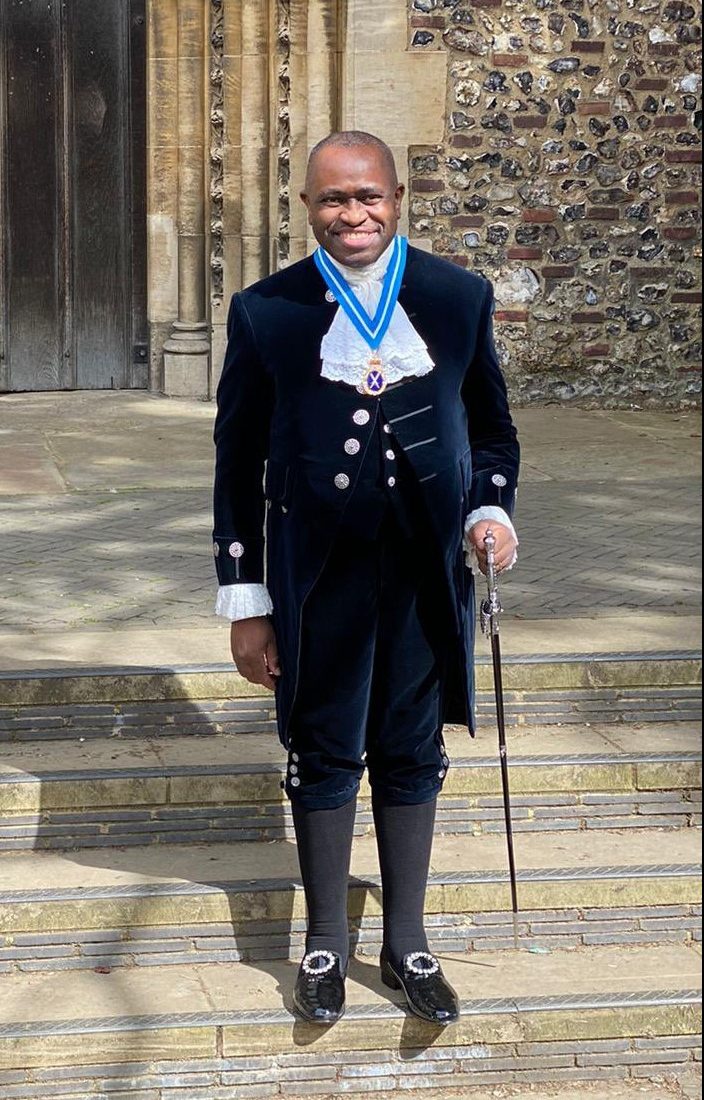 An Aeronautical Engineer has been royally appointed to be this year’s High Sheriff of Hertfordshire.

Lionel Wallace DL has been appointed as Hertfordshire’s new High Sheriff at a declaration ceremony held at St Alban’s Cathedral on 5 April. He succeeds Henry Holland-Hibbert in the ceremonial role.

The office of High Sheriff is an independent non-political Royal appointment made by the Queen. While the role dates back to Saxon times, it has evolved to include a mix of ceremonial, charitable and community functions and is voluntary and unfunded.

Lionel was born and brought up in Hertfordshire and he has been a Deputy Lieutenant of Hertfordshire for over 12 years. He plans to use his year in office to highlight and encourage opportunities for young people to advance, be confident, committed and community-minded.

Lionel said, “One of the greatest gifts my parents gave me was the freedom to explore opportunities and be involved in community and leadership activities from an early age. I did not appreciate its value fully at the time, but I do now. It is for this reason I am convinced that strong and consistent investment in developing the leadership and civic responsibility attributes of young people will transform both their lives and our entire society’s cohesion.”

The High Sheriff of Hertfordshire